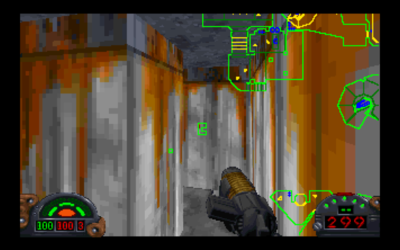 Some levels have parts outside the boundaries of the level, visible on the overhead map when you use the LACDS code. These artifacts may be leftover parts of the level that couldn't be used in the final design. Anoat has a few such artifacts, visible in the screenshot. You can reach them with the LANTFH code.

There are several clusters of map artifacts here. 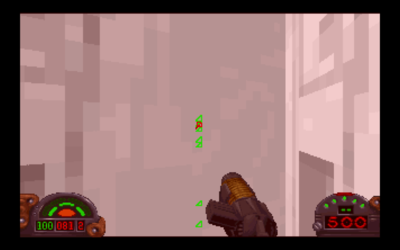 More map artifacts. If you teleport into some of them, you will lose health as if you're being hit with poison gas.

There's an inaccessible elevator toward the start of the level. Its locked door is visible when you drop down to the first lower level. You can only get into the elevator with the LANTFH teleport code. It's possible to open the door, but the elevator doesn't go up or down. 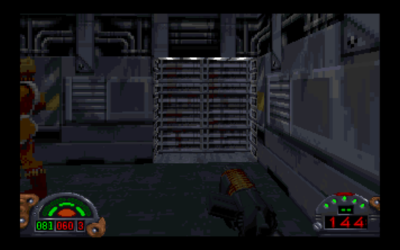 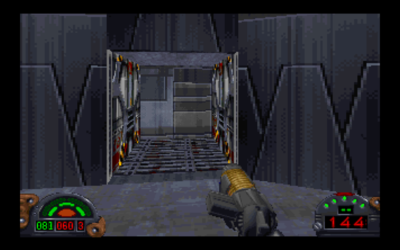 There's a fairly large unused area just to the left of the small craft hangar. It doesn't appear outlined on the level map, but it is shown in the Dark Forces strategy guide. With the LANTFH code, you can teleport into the area and see that it is a small room with four columns. Its coordinates are X-519 Y:12.0 2:-161 H:5.8 5:0% if you use the LADATA code. 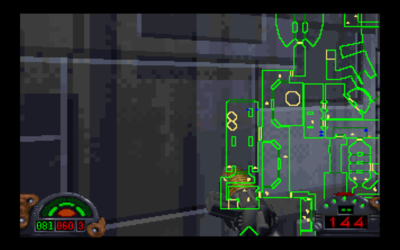 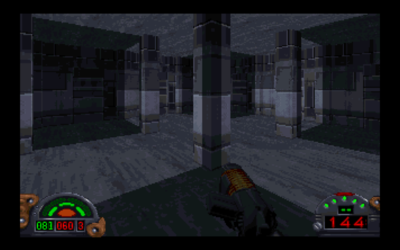 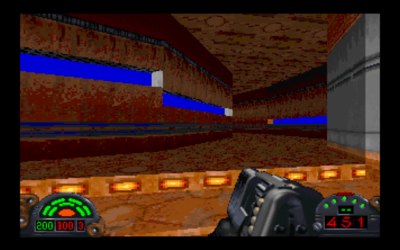 At the very end of the level, on the smuggler ship, there is a door guarded by an Imperial officer. If you blow open the door and look to the ceiling, you'll see the ceiling is tiled with the word "Default," suggesting the final design was not put in place in this level. The "Default" label is not present in the next level, "Executor," which also has a part on the smuggler ship. 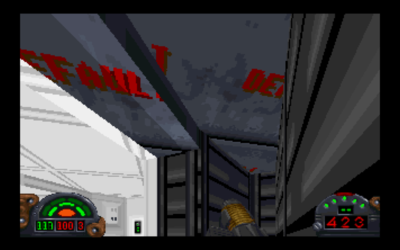