Bugs Bunny is inside of a castle that is crazy. Maybe it's wearing a straight jacket.

Two title screen graphics that were used in the game's Famicom Disk System iteration, Roger Rabbit. Not used here for quite obvious reasons.

A steel box object that doesn't appear to be used in any level in either variation of the game.

Title graphic bits left over from the prototype, when the game was called the Bugs Bunny Fun House. The upper-right tile corner isn't even used in the prototype.

An unknown bit in the ending graphic bank, probably a placeholder.

The game was originally based on Who Framed Roger Rabbit. LJN held the rights to make video games based on the movie in the US at the time and had already contracted Rare to make a different tie-in game, so Kemco decided to base the localization on Looney Tunes instead. And thus begins the Crazy Castle series' incredibly convoluted history of regional licenses or lack thereof.

The title screen graphics were obviously changed, with Bugs' sprite being quite a bit larger than Roger's. Due to a lack of space, the credits had to be moved to the Kemco logo, and Kotobuki System are no longer credited as the developers. 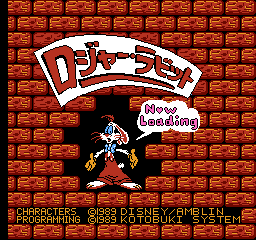 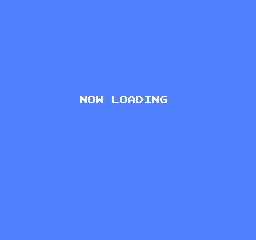 You collect hearts to complete the level in Roger Rabbit, and carrots in Crazy Castle. 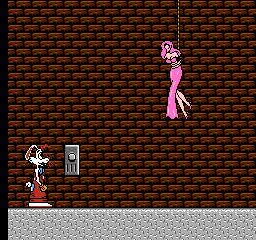 In Roger Rabbit, before the final screen is shown, a scene where Roger activates a switch and lowers Jessica down is shown. This sequence was cut in Crazy Castle but the tile bank for the "The End" scene still contains all the relevant background tiles for the cutscene.

In addition to the change in characters, the bottommost row of tiles were corrected in Crazy Castle.