A port of the Wii and Xbox 360 versions made by a different developer. Unlike those versions, this version for some reason has two extra levels and multiplayer minigames. Strangely, this version of the game has sound effects from Uno Free Fall, such as the menu sounds.

A slightly different version of "introboss101" that starts with the camera moving down.

Among the icons for the multiplayer characters are Larry and Gary. Larry doesn't appear throughout the whole game, and his image also looks to be taken from an episode. 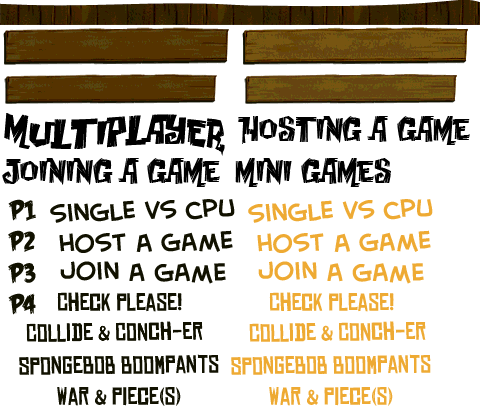 Everything is in a different font than what's used, and there seem to be two unused minigames, Spongebob Boompants and War & Piece(s). The latter is probably an early name for Incoming!!, but the former is a mystery. 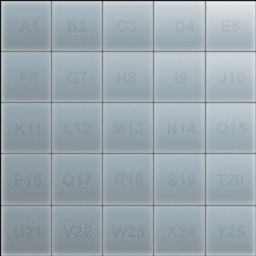 Some sort of grid.

A temporary graphic for collision.

Differences from the Console Versions

The PSP version seems to have been based off an earlier version of the console versions, due to several oddities.