SpongeBob and friends compete for the role of the supervillain in the new Mermaid Man and Barnacle Boy movie by playing mini games. It's basically a really good clone of Mario Party.

mg_0001.pak contains graphics for an unused 2D minigame starring SpongeBob, Squidward, Sandy and Plankton (but for some reason not Patrick and Mr. Krabs) called Patty Munchdown. scr_0001_scene.gm has information about the minigame at the top.

It has sprites which appear to have been ripped directly from episodes of the show, and are fairly blurry as a result.

The characters chewing on patties.

Each character sick from eating too much.

The characters with their mouths wide open, presumably to eat more food.

Parts of SpongeBob, Sandy and Squidward, meant to be animated.

Happy and sad sprites of SpongeBob and Plankton.

A crowd presumably in the background.

The minigame The Bouncers has unused graphics of customers eating.

They were meant to appear in the background, as they are seen in the minigame's icon.

The minigame Floor It! has many 2D sprites that look to be ripped directly from the show. A majority of them are construction workers.

SpongeBob with a spatula, ripped straight from the episode "Plankton!" 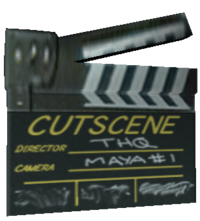 Bubble Bass has a full set of eye textures, despite only being an action figure and never appearing in a minigame. 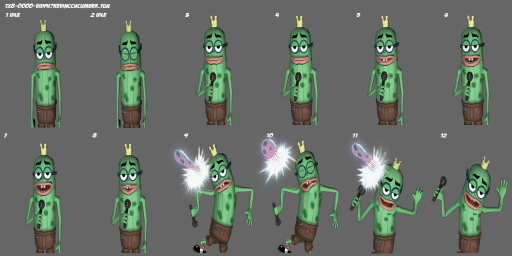 A work-in-progress version of Kevin the Cucumber's video phone sprites.

A work-in-progress version of the map screen. 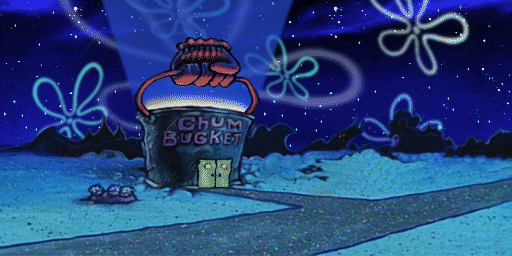 An image of the Chum Bucket, also from the episode "Plankton!" 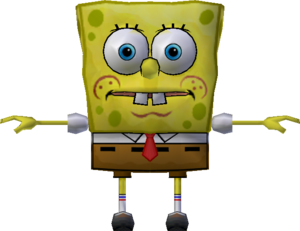 mg_0002.pak/chr_bob_bindpose2.rws is an early model of SpongeBob.

A number of XML files are present in the root folder from the GameCube release, which were used to specify which assets were included in each of the package files.

Boot.gm is the boot config file, located in the boot.pak archive.

It contains a lot of variables. There's even a debug mode, which was disabled, and a bunch of information about a debug console. Most of the options are commented, which makes it easy to understand.

There are several instances where code for a debug mode was created, but was never used for the final build.

AAA.AAA is a dummy file that exists on the root of the PS2 disc. Open it in notepad/hex editor, you can see a whole row of A's in the file.