As usual, the Windows version of SpongeBob SquarePants: Lights, Camera, Pants! is completely different from the console versions. Instead of being a minigame collection, it's a point and click game similar to SpongeBob SquarePants: Employee of the Month. It also recycles countless assets from AWE Games' previous SpongeBob titles, as well as background art from the show. 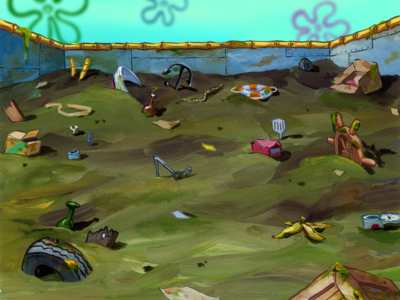 dump2.sbg is background art of a dumpster from the episode Missing Identity. It was meant for the Mermaid Man and Barnacle Boy movie, likely for the scene at the dump. 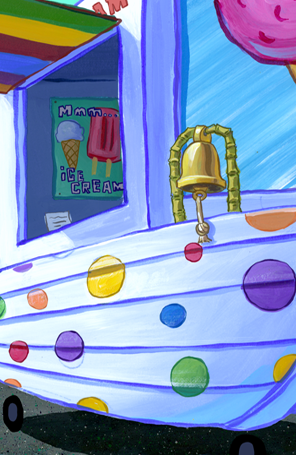 Shady_icecream.sba is an image of an ice cream truck cropped from a background used in the episode Mermaid Man and Barnacle Boy V. It's found in the files for Shady Shoals, but it isn't seen anywhere, nor does it correspond with any of Shady Shoal's backgrounds. 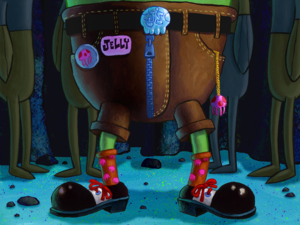 KevinCloseup.sba is a closeup of Kevin's crotch from the episode I'm Your Biggest Fanatic. Purpose unknown. 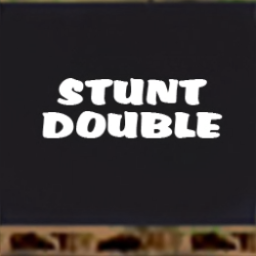 A texture taken from the console version, found in the Sneaky Hermit costume.

MENU01.bik is a strange video that takes place on the menu screen. It has a jellyfish on a string and an animatronic shark on the stage. 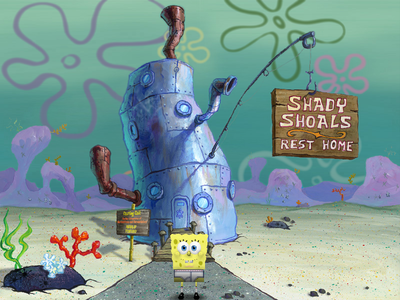 SpongeBob has his underwear modeled, leftover from The SpongeBob SquarePants Movie.