A BurgerTime clone with SpongeBob characters.

This is a button that (supposedly) keeps track of your arrow key strokes.

This text shows up directly under SpongeBob. It's used, but cannot be seen, for directional use whenever SpongeBob goes up, down, left, or right. 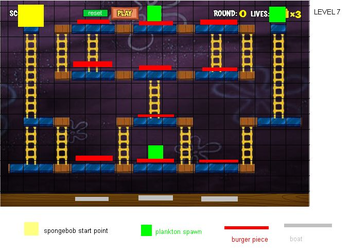 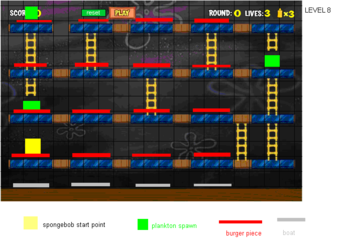 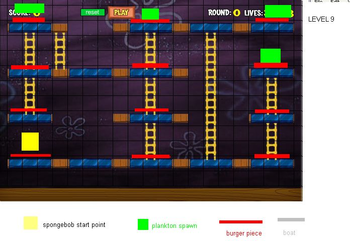 Some screenshots of an earlier version of the game are hidden away in the final version. Sprites didn't seem to exist, so each screenshot contains a helpful guide on which color equals what. 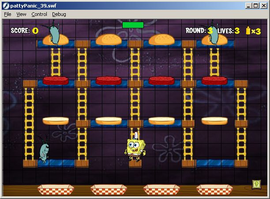 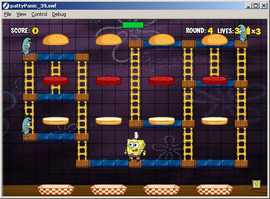 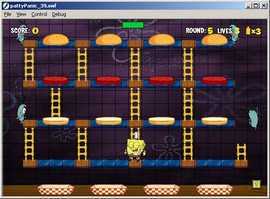 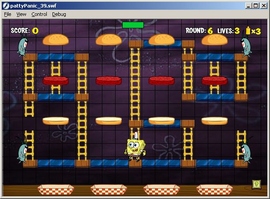 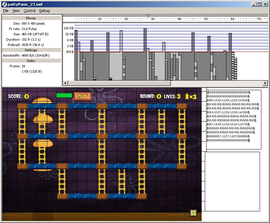 Five screenshots of the game running on a developer's computer still exist. The game running in these pictures still doesn't seem to be complete - note the grid and the green rectangle at the top.