SpongeBob SquarePants: Creature from the Krusty Krab is a game where SpongeBob, Patrick and Plankton have a bunch of weird dreams. 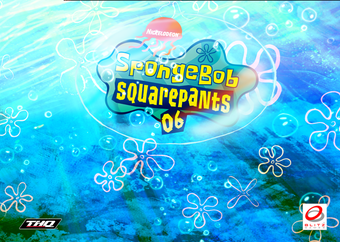 frontend_devpackage has a very early title screen, before the game even had a specific title. An alternative version of this image without the "06" is used in the Hypnotic Highway character selection loading screen in the final when playing it for the first time in Story Mode. 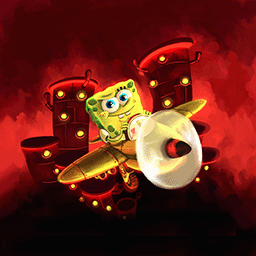 A cut gangster costume for Plankton.

There are two tracks for some mini games which are never heard in game.

An earlier version of the Super-Sized Patty mini game theme.

An earlier version of the Meteor Mania mini game theme.

localstrings_credits has a short log of things that were added to the game.

localstrings_savetext has a few interesting things, including placeholder license text and a possible hint there was going to be an Xbox version.

Present at 458050 in the executable is instructions on adjusting the monitor.

The SLUS file in the PlayStation 2 version contains references to the directories of the original source files for the game and the BlitzTech engine, as well as this version's build date.

The various files used to show the subtitles refer to their respective levels by their internal names. Interestingly, It Came from Bikini Bottom is referred to as Chumps Away, which is how it was named during development, and the post-credits cutscene is referred to as its own level called Gary's Day.

An unused entrance to the Inventor's lab in the second platforming section of Alaskan Belly Trouble. It's literally blocked behind the actually used entrance making it impossible to access without hacking. It does look fairly finished besides a few objects not having collision. Using its exit transports you to the Inventor's lab and from there the level continues like normal. 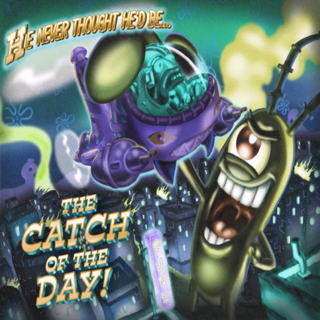 The GameCube version is much buggier, with many graphical defects. It seems to be an unfinished build compared to the PS2 and Wii versions.

Creature from the Krusty Krab was the first SpongeBob game released in Japan, along with Nicktoons: Battle for Volcano Island, meaning the game was translated, along with some subtle differences. 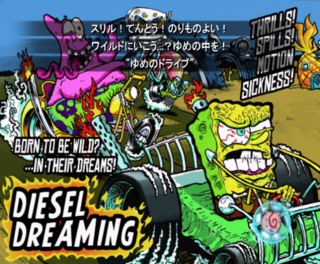