A Genesis port of Super Street Fighter II: The New Challengers, notable for being the only licensed Sega Genesis game to use bankswitching. 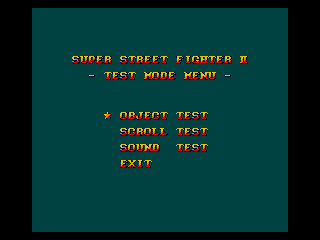 While in the menu, select an option with the Control Pad and press Start on Player 1's controller to activate it. 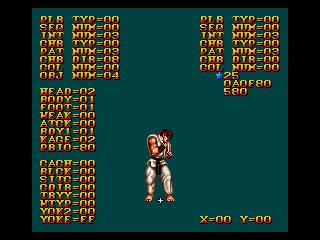 The Object Test is a stripped-down version of Street Fighter II's Object Test. It is unstable and crashes quite often. 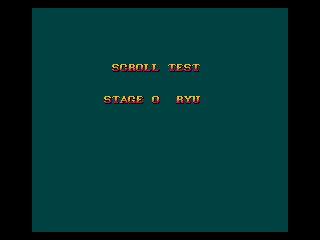 Also a stripped down version of Street Fighter II's Scroll Test. When entering the Scroll Test, you will first get to a stage selection screen. Select a stage with the Control Pad and press the A button to enter it. 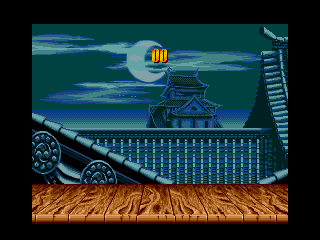 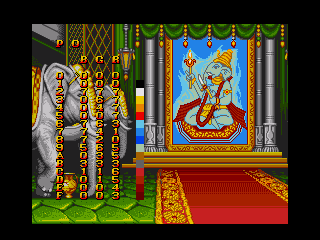 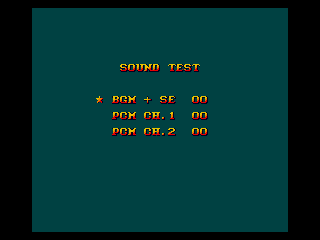 Use the Control Pad to move the cursor and select sounds.

There are text leftovers from the SNES version and possible references to another debug menu in this game.

These are probably leftovers from a menu designed to quickly jump to different parts of the attract mode screens for development purposes.