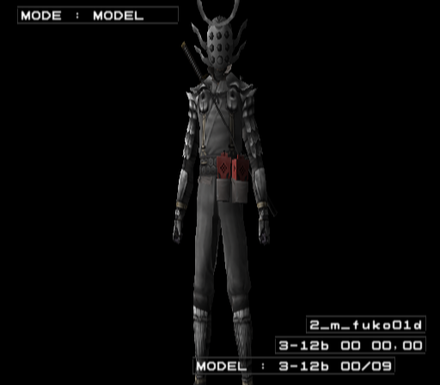 A debug option that originally appeared in Shin Megami Tensei III: Nocturne. This has also appeared in all of the PS2 Shin Megami Tensei games except the Persona games. You can view all of the game's models as well as objects and weapons. If a model does not exist in the game, trying to load it will crash the game. Apply the code below for the USA version to appear in this menu when the game first boots. 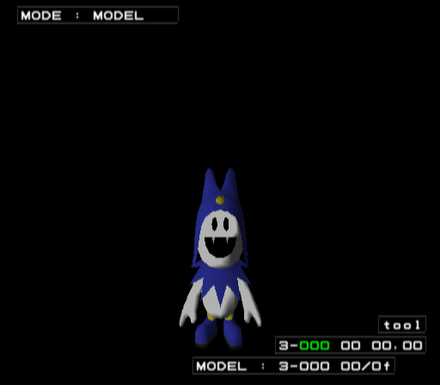 An unused alternate colored Jack Frost model. There are several unused model IDs with this model attached to it.

Just like in Devil Summoner 1, there is an unused Mahjong Riichi mini-game. This video details Mahjong Riichi and the choices of the demons you can play with. It appears that this Mahjong Richi is largely in English as well. It's also very playable by using specific hexes in the English version.

The way to access it is a little long, but it works.