Shin Megami Tensei: Nocturne Maniax is an expanded re-release of the original game, and the only version to be released overseas. Atlus USA ran into a weird copyright issue with the title because of a game named Nocturne that was copyrighted about 5 years prior.

Some of the debug options from the vanilla game is present in the Maniax (US) re-release. By using this code, you can in fact access some of the debug options. As you can see, the debug menu got extended quite a bit, and it had a few debug options removed like the Battle Field Test, Model Viewer and Field Test. However, a TGS debug was added, and a PIPE debug (Amala Labyrinth Minigame) was also added. They don't seem to be functional in the final release though. 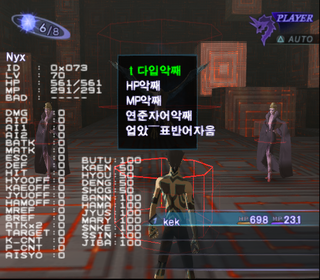 There is also a battle debug menu with several debugging options in battle that can be activated.

This code will allow you to view and enable a few extra debug displays. While in battle, press L1 to bring up collision display, R1 to look at properties of the demons in battle, L1+R1+L2+R2 to win a battle, and A on a USB keyboard to bring up more info.

For some reason, the North American version has the text in Korean, while the PAL release is in English.

Note that the fifth option will break all of the text in the game. At least in the US version.

An image that translates to "Maniax α1-ROM Version". The "α" here is notably the symbol for Alpha. 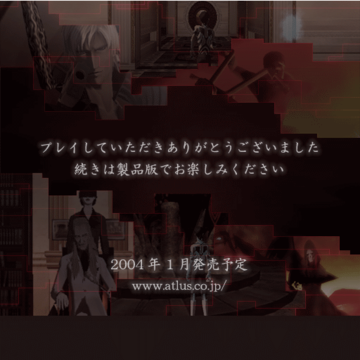 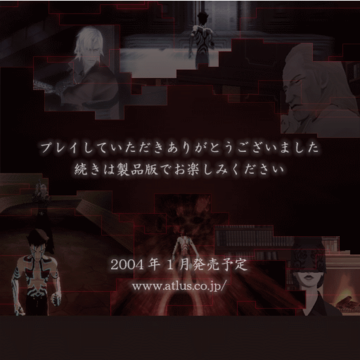 Two leftover images from the TGS Maniax demo. They can be found inside 'dds3.img\event\e810\e810\effect. They were used for the TGS demo event that was supposed to be displayed after the demo trial was over. After showing those two images, the game would restart and get ready for the next player.

There are a lot of leftovers from the Tokyo Game Show demo inside the tgs folder in the PAL version for Maniax. Yes, it isn't in any of the other versions.

In dds3.img\fld\f\pnl\, you can find a graphic that hints at there being a sixth kalpa originally in the Maniax release of Nocturne. For some reason, the translation team translated this one.

Both of these logos serve as early logo concepts for both localizations.

These save files can be found inside the tgs folder in the European version. They can only be used on the original JP Maniax version. They contain team setups and items set up by the developers for the demo. Two save files are provided, one at the Dante fight and one in the Amala Labyrinth. Not much is special, although they're worth documenting here. The converted saves can be downloaded below.

This unused area can be found inside the fifth kalpa. Its ID is 45_001. It has lower quality textures and doors that aren't working properly. However, the walls work, the traps do work and it is a very large area that can only really be seen in its full glory when looking through it on your own. Since it is difficult to navigate through it, the full area isn't shown off here.

There are a few IPU files in the game's files that aren't used in the final game and are only present in the Maniax release. We can only guess that this is because of the Making of Nocturne documentary that they used a previous version of the game with more content to show off all the unused stuff and later used that for Maniax development.

This is a render of the second part of the Lilith cutscene. If you look at it properly, you can actually compare it to the version in the documentary and see that it is the exact same. The difference between this and the event viewer movie is that this one has some different lightning.

This bizarre movie is exclusively in the US Maniax files and has never been seen before, yes none of the other versions again. It isn't mentioned in the documentary, nor is it used in the final game. One thing is for sure, it is a prototype movie. Hitoshura is summoning Amaterasu. According to the prototype scripts you were apparently supposed to kill Amaterasu or something.

Early Digital Devil Saga models are exclusively present in the international release. Atlus possibly used Nocturne early on to test the models in-game to see how they would work. The models are present in dds3.img\model\event\new_test. 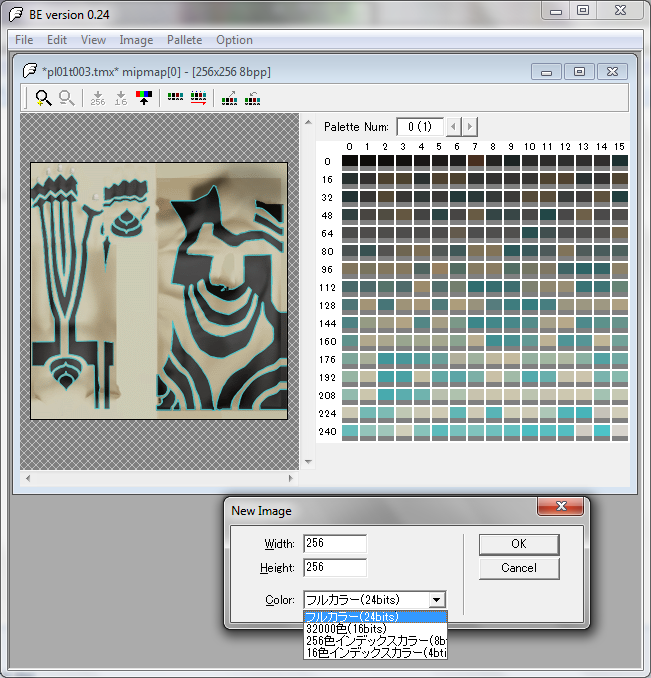 This program can be used to create, edit, and export TMX files. The program can import TMX, TM2, BMP, TGA, and has an option for selecting any type of file, though no other formats are guaranteed to work. Images can only be exported as TMX, but come with a variety of options such as pixel/palette format, image wrap settings, and a few ID/comment fields. There are also different viewing options for the alpha transparency data in an image. Palettes can be imported and exported, or simply edited. There's also an option to export a CLUT, a Color Look-Up Table. This text file contains number values for colors used in the working TMX image.