Kyuuyaku Megami Tensei is a compilation of both Famicom games featuring updated graphics and music.

An ambient sound can be heard during the intro and Title Screen by using the Pro Action Replay (PAR) code 02EE4133.

Bufu and Mudodyne are two spells that the player has no access to normally - the demons who have these spells cannot be recruited or created through fusion. Nevertheless, these two spells have animations created for them.

At one point during development, a series of debug displays could be toggled on and off using controller 2. However, the final game discards the appropriate input immediately after it is read, making the feature normally unusuable.

To reactivate the debug displays, use the Pro Action Replay (PAR) code 00844660, then press Select on controller 2. 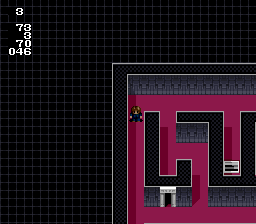 The 2D debug display shows five numbers in the corner of the screen. The first corresponds to the current location, and the next two represent the player's coordinates. The meaning of the last two numbers is unknown. 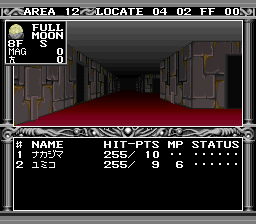 The 3D debug display contains similar information to the 2D counterpart, with the first three numbers representing the current area and coordinates. The fourth number is the number of the current "map", for areas with more than one (i.e. buildings with multiple floors.) The last number's purpose is unknown.

Unlike the 2D debug display, activating this one doesn't disable random encounters. 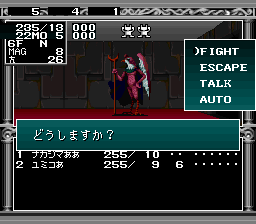 If a battle happens while the debug display is enabled, some information will be displayed on-screen as the battle progresses. The three numbers in the upper left represent information about the most recent attack, but the meaning of each individual number is unknown. The numbers below it (partially obscuring the HUD) represent the status of each enemy, with the three numbers in each row possibly representing HP, MP, and status. 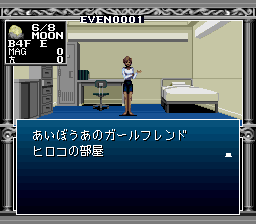 Finally, if the display is enabled when an "event" takes place (conversations, shops, etc.) then the event number is displayed on-screen.

In addition to the in-game displays, some additional debugging features were once accessible from the game's selection screen. Judging by what's left of the code, these were accessed by holding the D-Pad and pressing A, with the resulting mode depending on which direction was pressed.

The final game tests each D-Pad direction individually, then immediately ignores the result and branches over four otherwise-unreachable bits of debug code. To restore these features, use the Pro Action Replay (PAR) codes 008167D0 + 008168xx, where xx is one of the following:

Then, hold Up on the D-Pad and press A at the game select screen. 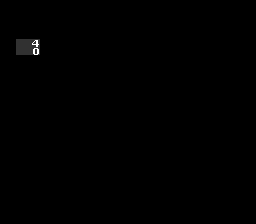 This rather bare-bones sound test consists entirely of two numbers corresponding to music and sound effects, respectively. Pressing Up/Down changes the currently playing music. Left/Right and A selects and plays a sound effect. 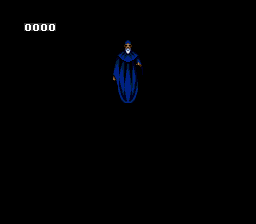 This mode displays all of the first-person (battle/conversation) sprites in both games. Pressing Left/Right selects between three different "pages" of sprites, and Up/Down selects an individual sprite within that page.

There are two different ways of accessing the sprite test from the game select screen. These likely correspond to each individual Megami Tensei game. 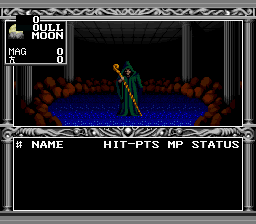