The development mode can be controlled with a second controller plugged into port 2:

The debug menu can be controlled with controller 1 or 2:

The debug camera can be controlled with controller 1:

The debug process bar can be controlled with controller 1: 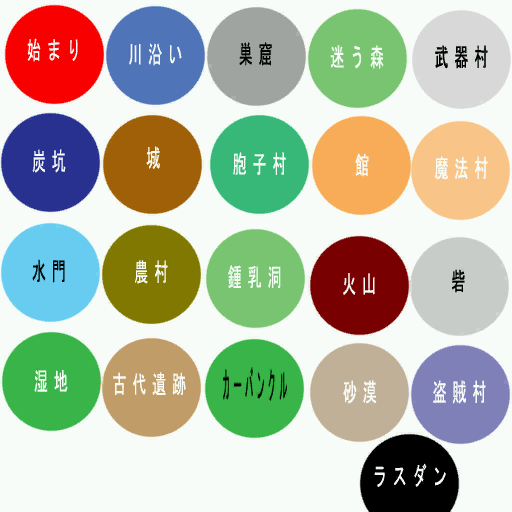 This texture displays basic descriptions of the levels in the game (in Japanese). This includes both towns and dungeons. The bottom black circle is the final boss battle with Raem. All text is translated starting from the top left to the bottom right. 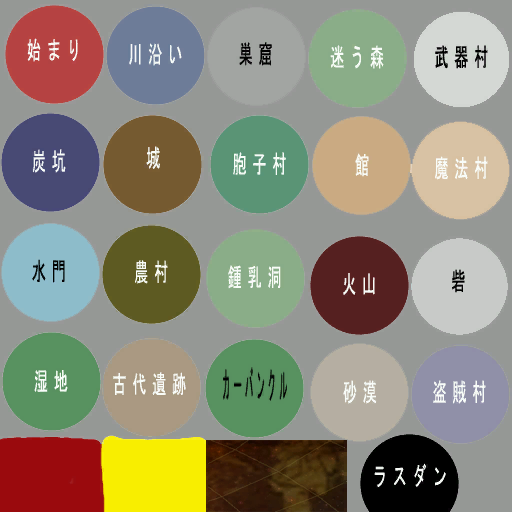 A copy of the debug menu shown above, but with some changes. This appears with the world map textures, so it may have been added after the first debug menu. 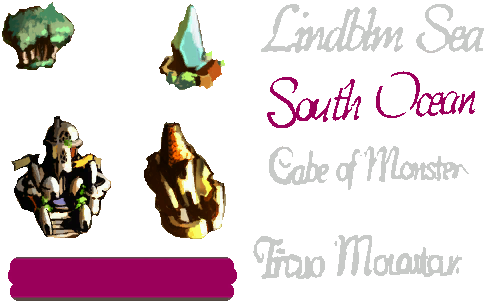 This texture shows some level names, along with draft versions of location icons. This texture was most likely also used for an early level selector, given that it was found together with the world map textures. Notice the poor translation to English.

Lindblum could be a reference to the location of the same name in Final Fantasy IX, which Crystal Chronicles already shares many themes and enemy types with.

A draft texture for the creature that moves the caravan.

World map textures with developer scribbles. It is unclear if these are used in the final game, but there are duplicates without the scribbles.

Found within the material files for the levels, these textures contain draft textures or concept art. They were most likely used for blocking out the level design.

These all appear to be concept art. They fit well with the theme of the level, so the level designers may have used them for reference.

These translate to "stop growth" and "connect growth", respectively.

The first texture is clearly a design reference, showing the layout of the level. It has some scribbles like "ORB" and Japanese text, which would indicate where to place certain items in the level. There is also a draft texture with developer scribbles.

A HUD icon for Mio's portrait, even though Mio never uses a portrait in-game. Mio uses a different text overlay for conversations instead.

An unused graphic for the character creation screen, indicating that at one point in development players could set their character's birthday.

Another unused graphic for the character creation screen, indicating that at one point the player could start the game at a location of their choice (instead of being forced to start in Tipa). It is unclear whether this feature was for demo purposes only, or if it was a planned feature.

Playable demos were available during Jump Festa 2003 and E3 2003. These textures were used for those events. 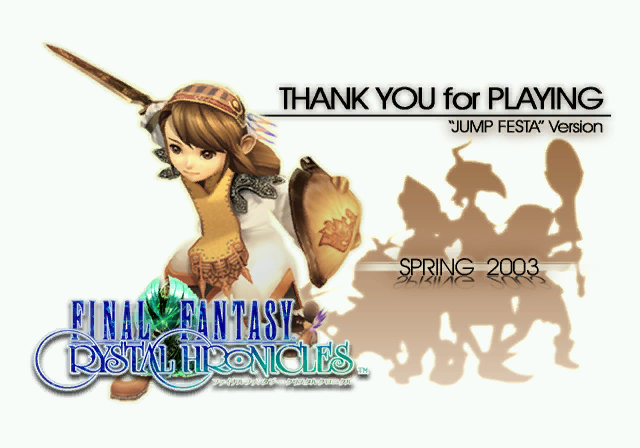 The splash image used for the Jump Festa 2003 demo.

These textures were used in the E3 2003 demo. They are found in e3_stage.tex and e3_thanx.tex.

These textures show a stage selector, along with the game logo. It is worth noting that E3 Tida Village is tinted purple, while the final Tida Village has a faint blue tint.