The Sims is a console-port/remake of the well-known PC classic that started all of this mess. It was also known for including a story mode, two-player minigame action and some unlockable furniture. Most notably, it has 3D graphics, which would later be the basis for The Sims 2. 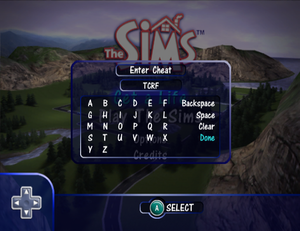 By pressing L + R on GameCube and Xbox or L1 + L2 + R1 + R2 on PS2 on the main menu, you get a code input screen. A female Sim voice will either confirm or reject your code. Here are all of the working codes:

A few different debug options were left in the final version and can be accessed. The ASIA (PS2) column lines are prefixed with (C) for the Chinese SLPM-62240 version, (J) for the Japanese SLPS-20078 version, and (K) for the Korean SLPM-64540 version. 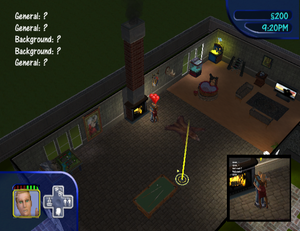 Attempts to display the animations in the top left corner, but it seems to always show ? for every animation. 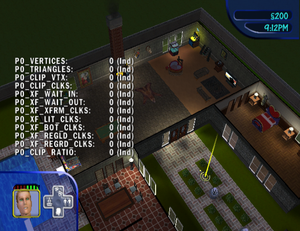 Lists a whole list of information on the screen, but the values seem to always remain at 0 (Ind). This function is only present in the GameCube release. 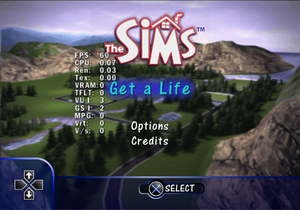 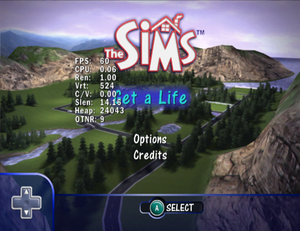 Displays a whole bunch of information on the screen.

And all three systems add an additional FOV statistic when in-game. 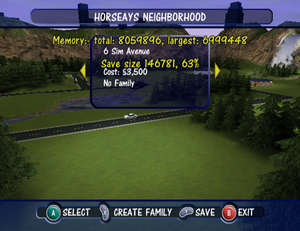 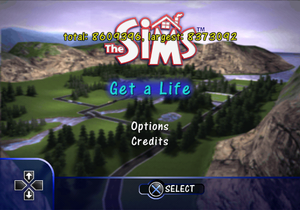 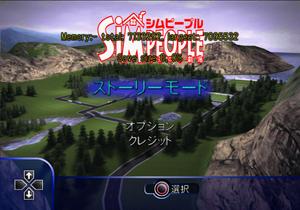 It is also possible to enable Debug Actions that open Sims to be able to test objects like never before. Debug Actions can be differentiated from normal ones by the asterisk in front of them.

Here is a list of debug actions that can appear on many objects: 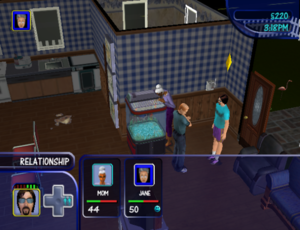 Jane House is an unused Sim that can appear in Get A Life, but only through enabled Debug Actions.

In Get A Life mode's first level (Money From Mom), use the action "Make me know everyone" from the mailbox and look in your Sim's friends. You'll have a friend named Jane House. You can call Jane and invite him/her over. It's possible that Jane House is an early test Sim for Get A Life. Jane's icon is a recycled icon from the original PC version of The Sims, has the voice of a female Sim on the phone, and appears as a default male Sim with a slightly different hue. When you invite them over, Jane functions like a regular Sim would. You can't call Jane or invite Jane over after the first level. 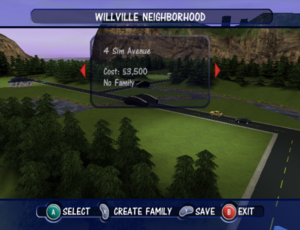 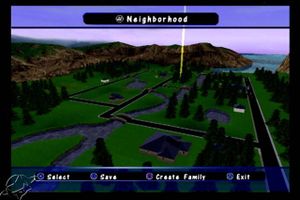 Play the Sims includes six available lots to make houses on. However, 4 Sim Avenue is not present and 7 Sim Avenue takes its place. With careful timing, 4 Sim Avenue can be revealed for a few frames when selecting a lot, sitting across the street from 7 Sim Avenue. The ground on the lot is even lit up as the other available lots are. It is most likely a programming bug that keeps the lot inaccessible. It may also be that there wasn't space on the disc to include another lot, and 4 Sim Avenue was lazily removed from the game. There is no known way to access 4 Sim Avenue. A screenshot from an earlier build of the game shows a house on the 4 Sim Avenue lot. In the final game, there are trees next to the lot's space.

As the title of this game is "SimPeople: Ochanoma Gekijou" in Japan, the intro cinematic was removed.