SimCity 4 is the fourth installment of the ever-so-popular series, adding so much content that trying to understand everything is on par with learning Ancient Greek from scratch.

A DLL file has been leaked which can be added to the Plugins folder to add some debug options. It can be downloaded here: 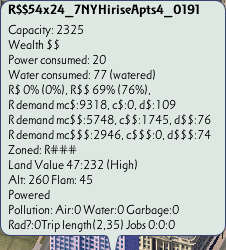 Once the plugin is installed, when you use Ctrl+X to open the cheat window, you can right-click to get a list of all available commands. Also, when you hold Ctrl+Alt+Shift and use the Query tool to hover your mouse over any building, you will get detailed statistics about the building including wealth, desirability, pollution and more.

The commands added by the plugin are as follows: 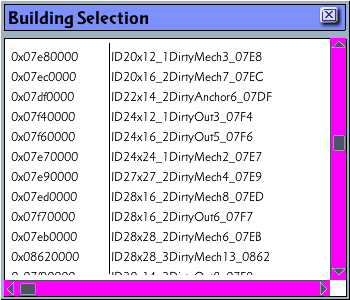 Some commands are not listed, but still work: 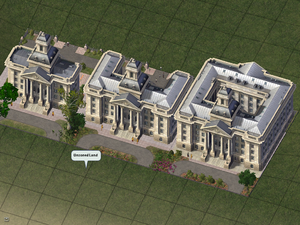 In the final game, the three airports can upgrade when their capacity is reached. The seaport and the city hall was meant to be upgradable like that as well. The coding for the upgradable seaport still remains, and you can easily make seaports upgradable. The city hall, however, cannot upgrade in the game no matter what, but the model files are in the game nevertheless.

Dirt roads were planned for the game but not implemented for reasons unknown. Perhaps the developers thought that it would have such a low capacity it would be rendered entirely useless.

The following unused text in the game directly references this unused feature:

There's an unused cap that prevents RCI buildings from progressing unless it is within range of a fire station.

All the ordinances from SimCity 3000 are still coded in the game, but never used. The Smoking Ban Ordinance even has unused text relating to it, which is formatted differently from all the other text in SimCity 4:

The following text appears to be from a later date in development, as it uses the "new" text format:

Additionally, these two properties were supposed to be used by ordinances. They're present in the code but never actually used:

SimCity 4 contains a number of differences in versions released in specific regions of the world.

The Japanese version contains visually different advisors, with a distinctly Japanese appearance. The textures can be found in every version of the game, but are only used in this one.

In Taiwan, an exclusive version of the game was released as SimCity: Formosa. It contains an additional region (FORMOSA) based on Taiwan's topography, and includes some local landmarks that were eventually released for other regions through the official website. It also features advisors with a unique appearance, different to those used in the Japanese version. One of the advisor head textures is also used in all versions for Dr. Vu, who is featured in the Rush Hour expansion, despite a different (and unused) texture being present for his head.