Daddy Bigbucks wants to produce a TV Show about the life in Strangetown without the knowledge of the residents, with you as the protagonist. What mysteries will you unravel? Perhaps things that were never meant to be seen by an ordinary individual. Because, you know... they are unused and stuff.

A list of episodes sorted by their ID. Unused episodes are highlighted in bold.

Parts of the map the camera never moves to.

Usually the unseen parts of a map are quite uninteresting and mostly consist of a black void. But the zoo is different. The outside area is fully mapped! Large parts of this dried out river bed are never seen, including those pipe pieces at the bottom. 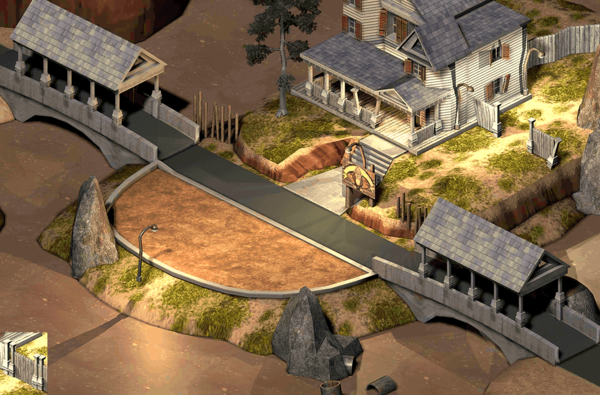 The statue at the dam is only partially visible, most of the body and the lantern is never seen. 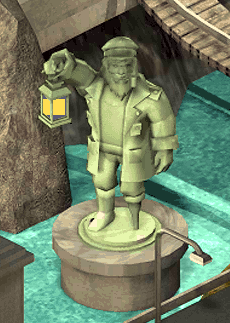 There are two additional skin tones which can not be selected. A red one and a green one. They were used in the previous game, The Urbz: Sims in the City, by using the Bod-Mod Booth. In fact, there are a total of 256 skin tones! (1 byte in memory) Most palettes up to 57 look decent as a skin color, even though they were probably never intended to be used as such.

Could be an early multiplayer menu. 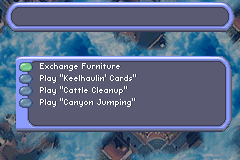 A cutscene of Dusty Hogg on his motorcycle jumping over a shark pool. This is a reference to the Happy Days episode "Hollywood, Part 3," where the character Fonzie jumps over a confined tiger shark while riding on water-skis. Since then, the phrase "jumping the shark" has been used in the public lexicon to denote the moment where a series' writers have run out of ideas, or to denote that the series as a whole is declining in quality.

A minigame called Yeti Loves Cake, it is not playable. It must have been an early or special version of Bigfoot Love Chickens, as the description is the same except for Bigfoot being replaced with Yeti. 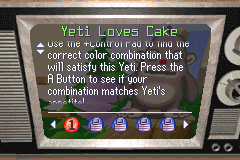