In the year 20XX 2013, after several game cancellations following his departure from Capcom, former producer and adoptive father of the Mega Man series Keiji Inafune unveiled his latest project to the public: Mighty No. 9, a spiritual successor to the classic Mega Man games, with many veterans from all across the history of the Blue Bomber also on board. But the biggest help of all came directly from fans through crowdfunding! That's right, YOU! Open your heart (and more importantly, your wallet) and prove to Capcom it was wrong to shelve the franchise! Needless to say, it became the highest- and fastest-funded video game on Kickstarter at the time.

A walking cycle animation for Dr. Sanda that goes unused, as he's never actually shown moving from one place to the other in the game. A variant named "Npc03_WalkToX" also exists, with the only difference being a 90° z-axis rotation.

A "widescreen" button icon leftover from the 2014 beta's settings menu. 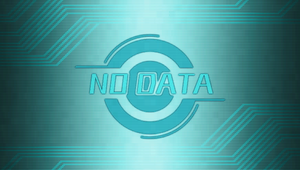 A placeholder stage select thumbnail leftover from the beta and demo to obscure unavailable stages.

Dr. Blackwell's mouth texture includes some unused expressions. However, they don't seem to match the shape of his mouth.

A cutscene inside Mr. Graham's office will play after 5 out of the 8 Mighty Numbers are defeated, in it it's possible to spot some scattered papers from a secret document. On closer inspection it is revealed these are the actual design document for the final boss' attack patterns.

Trinity's eye texture appears to have reused never-seen-before concept art of the character, including a cropped screenshot of Windows Photo Viewer.

Unlike its spiritual predecessor, bosses aren't destroyed by the protagonist but instead are "brought back to their senses". However, within the Sound Test there are unused voice-over lines for each Mighty Number that suggest their actual demise was planned.