This page details one or more prototype versions of DDRMAX: Dance Dance Revolution. 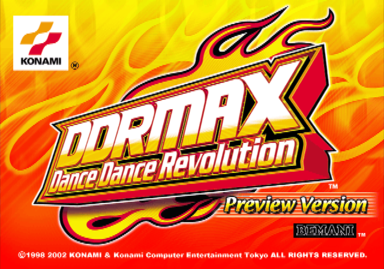 A preview version of DDRMAX: Dance Dance Revolution, based on a very late prototype of the game, was released as a demo disc sometime in August 2002.