Some sort of "upgrade" to Dance Dance Revolution 3rdMIX, which introduced to the arcades several new licenses (which also include the Korean licenses from 3rdMIX Ver.Korea), and Konami originals from the home release, 2ndReMIX.

Present in the game's disc are full graphical and stepchart data for the scrapped song, TOTAL RECALL, by ULTIMATE HEIGHTS. 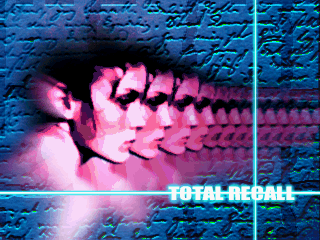 Below is a download containing the stepchart data, converted to be playable in Stepmania. As no music data exists, a custom cut is used. The difficulty ratings are custom as well.

The small placeholder banner and CDs from the original 3rdMix still appear in GAME.DAT.

Background animation graphics from what seems to be an early version of Dance Dance Revolution 4thMIX can be found in GAME.DAT and CARD.DAT, the game's main resource files, suggesting that 4thMix and 3rdMix PLUS were being developed at the same time. The variants seen in CARD.DAT seem to be earlier than the ones in GAME.DAT.