One of two versions of Dancing Stage Fever. This version has less songs, and an interface mostly based on Dance Dance Revolution Extra Mix.

Two unused game modes can be found unused in the game's data. Training Mode, which would allow the player to practice the songs' steps, and Edit Mode, which would allow the player to create their own steps for the songs available. Judging by their appearance, they seem to be leftovers from a previous Dancing Stage game, Dancing Stage: Party Edition, although they seem to differ slightly from their original counterparts. They can be seen by using the GameShark codes 300DDF00 00FF and 300DDF12 0008. 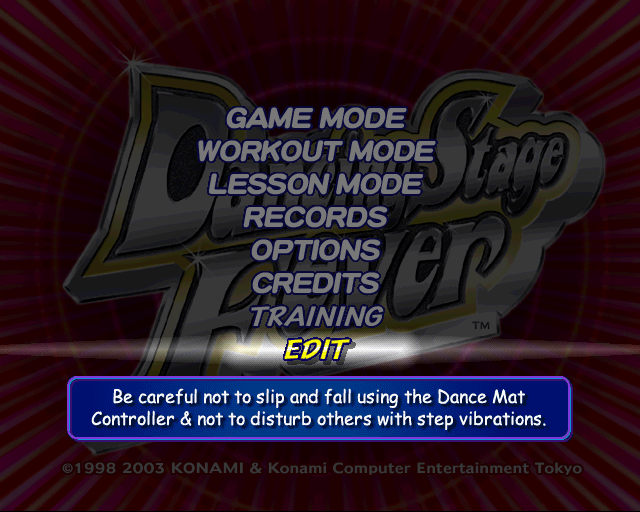 The only difference that is noticeable is the lack of the 6-Panel "Player" selection. Aside from that, the mode functions normally. 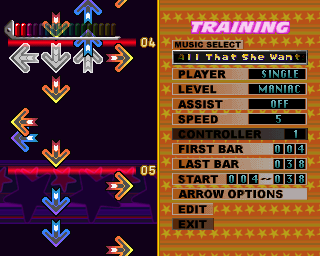 Much like Training Mode, the 6-Panel selection is absent, but the mode still functions normally. Note that any edits created (and saved) in this mode cannot be played in the main game mode. 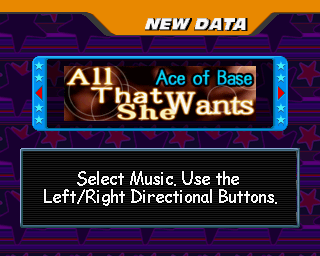 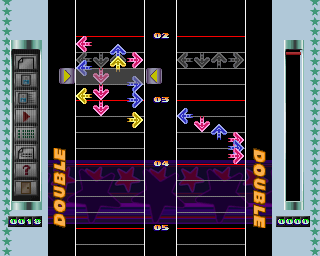 Normally unused selection graphics for the two aforementioned unused modes. They can be found within the main menu screen's VRAM data.

Unused graphics that would be displayed when a song had playable custom charts, present in the song selection screen's VRAM data.

Unused graphics referencing a "battle" mode between two players, which is absent from this game. It is present in the VRAM data of the song selection screen...

...and in the gameplay screen.

Reference for the aforementioned 6-Panel mode can be found scattered through some of the game's screens, including the unused Edit Mode.

This one below is found in the records screen's VRAM data.

Another one can be found in the Edit Mode's "New Data" screen.

And lastly, another can be found in the Edit Mode's interface.

Graphics for the top-left and top-right arrows, featured in the 6-Panel mode.

Japanese text used in the Edit Mode's interface, a leftover from the console release of Dance Dance Revolution 4thMIX. 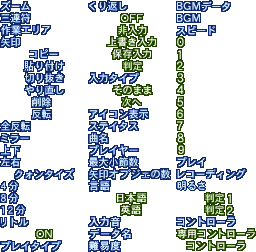 Several lines of unused text can be found in one of the game's main files, READ_DT.BIN.

Plenty of 6-Panel Mode-related text meant to be displayed in Edit Mode, but unused due to the aforementioned lack of this mode.

A message displayed when converting a stepchart to 6-Panel Mode.

Meant to be displayed in the Sequence Menu in Edit Mode.

Meant to be displayed in the Training Mode screen.