Pokémon Ultra Sun and Ultra Moon are revised versions of Pokémon Sun and Moon, adding new Z-moves, a wider variety of Pokémon to catch, a new storyline featuring the notorious Team (Rainbow) Rocket, an expanded Ultra Space, the secrets of Necrozma, and more. It's also notably the last game to include every Pokémon, where future titles would use a more limited selection due to balancing issues.

For the sake of consistency, every Pokémon in every Pokémon game is given a Shiny variant. Most Shiny Pokémon have been obtainable through random chance encounters or event distributions, including most Legendary Pokémon. However, a few Pokémon cannot be obtained in this form without hacking, and as a consequence, normal players would never be able to see their Shiny coloration. Note that some Shiny Legendary Pokémon, despite the species being Shiny locked in their normal in-game encounters, were still accessible via distribution-based events or via importing them through Poké Transporter.

Eternal Flower Floette still remains in the data and received entries for the Pokédex with the addition of the Flabébé line to the Alola Pokédex. Interestingly, the Pokédex entry for Eternal Flower Floette has a working Pokédex QR code which, when scanned with the QR scanner, unlocks said entry. However, the QR code that unlocks it is different to the one that it displays (shown in the image), which appears to be Red Flower Floette's QR code, for whatever reason. 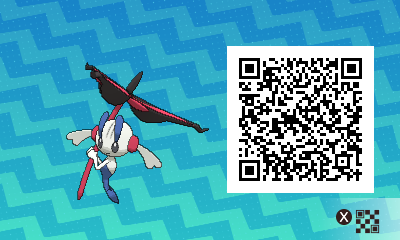 Data for the Necrozma & Ultra Beast encounters from Pokémon Sun & Moon's postgame are still present in the game's static encounter table, despite Ultra Sun & Ultra Moon relocating the Ultra Beasts to their own unique locations within Ultra Space, and Necrozma to Mt. Lanakila.

The move tutor in Hau'oli City, who normally teaches the moves Grass Pledge, Fire Pledge or Water Pledge to a type-matching starter Pokémon or the Pansage/Pansear/Panpour trio, was intended to teach Silvally all three moves at the same time. However, there is no programming that would make this work and as a result, Silvally can only be taught Grass Pledge and misses out on the other two moves.

Murkrow gained the ability to learn Punishment as an egg move in these games. Normally, that wouldn't be notable, as you can just breed with the appropriate parents to pass down the respective move to the offspring.

Due to the fact that Eternal Flower Floette remains unavailable, its signature move (which it learns at level 50) is also unobtainable. It is a Special move with 140 base power, 90% accuracy, 5 PP, and the user takes half the damage the opponents take in recoil. It is the only Special move to deal recoil damage to the user. Notably, a Twinkle Tackle based on Light of Ruin has a base power of 200, making it the strongest of all Fairy-type moves. Its animation was also updated from earlier generations.

Each update is required to go online and Battle Videos recorded prior to their release can no longer be played.