Pokémon Sword and Shield are the first entries in the series' Eighth Generation, taking place in the UK-inspired region of Galar. One major change setting these games apart from the others is the complete absence of data for any Pokémon not in the Galar Dex (with some exceptions), with Game Freak citing balancing issues as the reason why it would have happened sooner or later.

A short jingle which never gets used anywhere in-game. Where this jingle was intended to be used is unknown, though its existence is interesting given its similarity to the kind used in the 3DS menus.

A short arrangement of the Gym Leader theme. It is likely that this was supposed to play in a cutscene, as the song does not loop.

An unused arrangement of Eternatus' theme. 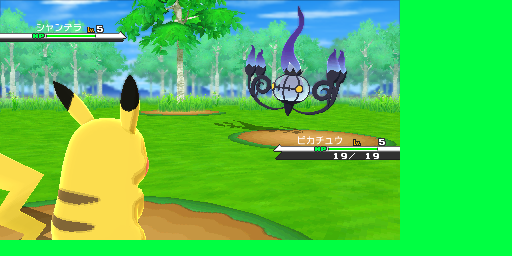 Present in the game's files is an early screenshot of Pokémon X and Y depicting a Pikachu fighting a Chandelure. Unlike the final game, there are no outlines on either model, and the UI has been lifted straight from Pokémon Black and White, although the Pokémon names are using a different font. Oddly, there is no notation of genders next to the Pokémon levels.

An handwritten image of the kanji character 川, titled "col_kawa".

A nondescript circle placed with the Pokémon type icons.

A placeholder TM type label, with Hiragana translating to "dummy".

Two images found with the graphics that denote the language of a Pokémon's origin game (again with Hiragana translating to "Dummy").

Present with the status affliction graphics is a label reading ダミー_状態異常 ("dummy_abnormal condition"). 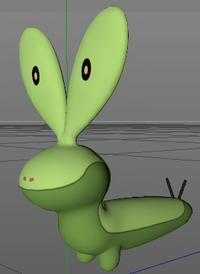 Despite never going out of its apple, Applin has a fully-modeled and textured body underneath it. Applin's body would later be seen in-game for the first time in New Pokémon Snap. 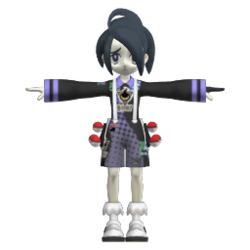 Despite never taking off his mask, Allister has a fully-modeled and textured face underneath it. His face can be seen in-game via a rare version of his League Card, though. 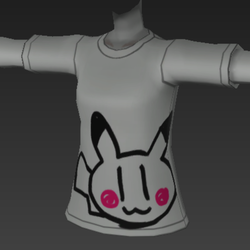 inn0009_00_tshirt is an unused shirt featuring a crudely-drawn Pikachu. Presumably a placeholder of some sort.