Receiving a very polarized reaction from critics and fans, Sonic Forces is the 2017 installment in the 3D games. Featuring Modern Sonic, Classic Sonic, and a character with a pinch of your creativity added to it. Much like Sonic Mania, it was released for the series' 25th Anniversary... in the sense that it was released over a year after the fact. 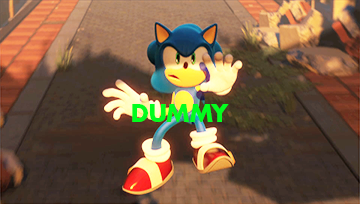 A placeholder picture for theater previews, featuring Sonic about to get smashed in the face by rubble from the game's reveal trailer. Found in ui_title_en.pac'. 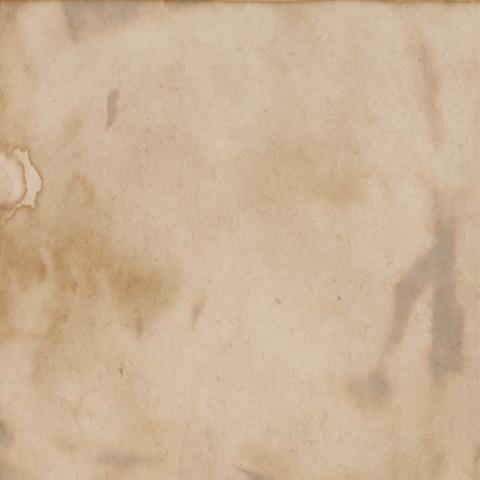 Some sort of faded-paper graphic, similar in style to the VR demo splash screen mentioned below. Found in ui_weaponselect_en.pac.

An early version of the "new item" notification graphic along with some other seemingly UI-related stuff. Also found in ui_weaponselect_en.pac. 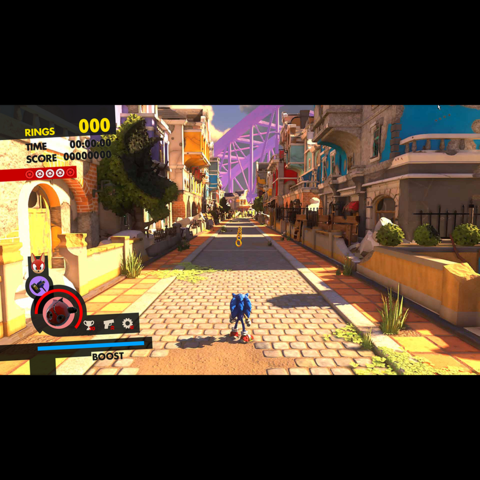 Several UI and HUD-related archives contain a screenshot depicting an early version of Sunset Heights with a bevy of differences: 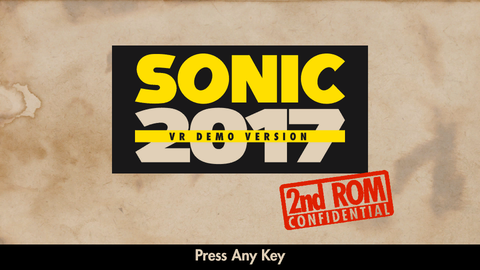 Stored within vr_stage.pac is a leftover splash screen from a very confidential VR demo. 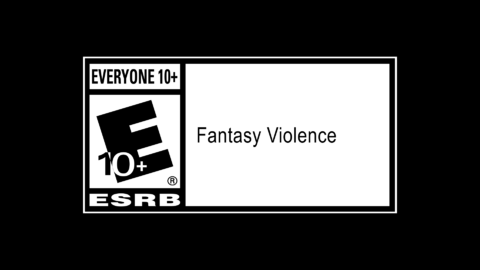 An unused splash screen with the game's ESRB rating, present in ui_title_esrb_e10.pac. 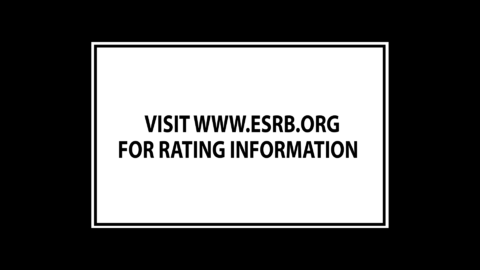 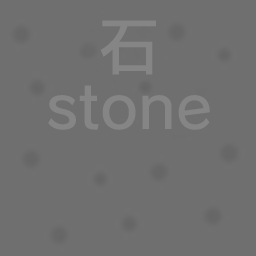 A temporary texture with "stone" written on it, with the Japanese word for it (石) above. Stored within 'w5b01_obj.pac".

Final Judgement has a unique skybox that cannot be seen in normal gameplay due to the fact that the stage takes place entirely inside. 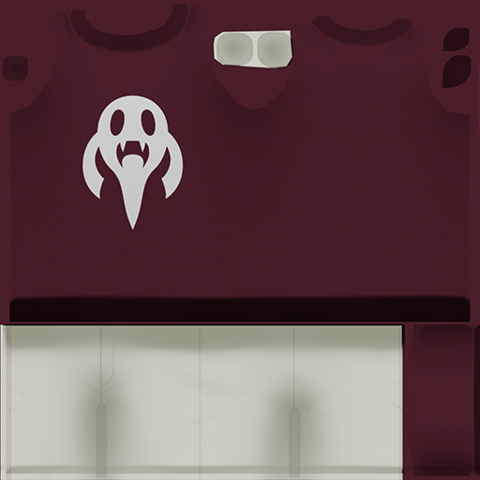 The T-Shirts for the Avatar have an unused bottom half of the texture, which appears to resemble a pair of white shorts. This texture goes unused, as it is not mapped onto the model. 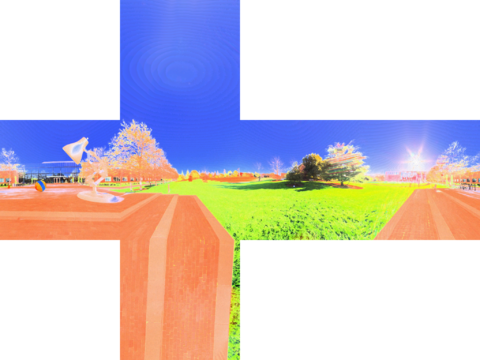 An unused cubemap, likely for testing purposes. Interestingly, The image on this cubemap seems to be a picture taken at Pixar Animation Studios, as a statue of Pixar's mascot, Luxo Jr., can be seen. Stored in debug_common.pac.

The PC version contains leftover maps used for the game's cutscenes, some of which are prerendered in the same fashion as Sonic Colors' cutscenes, in addition to variants of these maps that appear to be unused entirely. They consist of:

Most of these maps have collision, although it's never anything more than a flat plane or box.

While the Wall Jump is only used by the Avatar in Imperial Tower, hacking Sonic into the stage reveals that he can actually use it as well, even though there are no places where he would normally be able to.

Likewise, Sonic can also use Shadow's unique Homing Attack chain if he is hacked into the Episode Shadow stages.

Similar to Modern Sonic's Wall Jump, hacking Classic Sonic into Modern Sonic/Avatar levels reveals that he can use rails properly (even though they never appear in his levels) and rolls on them like he does in Sonic Generations. This is likely just a leftover from that game.

Stored within BossBigZavok.pac is an unused character model for Zavok. Interestingly, the textures are taken from Sonic Lost World, the model doesn't cast shadows, and the skeleton is different from the Zavok model stored in BossQueenBeeton.pac (which is used in the final game), suggesting that this is a leftover from said game. 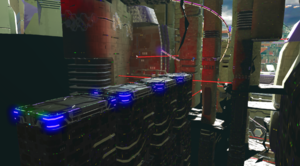 There are some unused terrain models underneath part of Mortar Canyon which seem to serve no purpose. They have no collision, implying they were either misplaced or hidden on purpose.

Classic Sonic has some unused animations carried over from Sonic Generations and were unused there as well, implying that his model in this game was simply converted to the new formats rather than being rebuilt from scratch.

Also leftover from Sonic Generations are Goal Post animations for Dr. Robotnik/Classic Eggman. These are carried over from the missions where you are required to continually bounce a Goal Post through the air.

The Egg Pawns have an unused 'seek' animation. This was intended to play after the player leaves the enemy's search range. 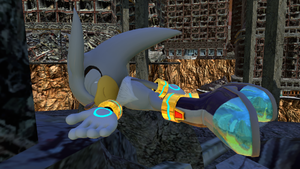 Silver has an unused animation featuring him in a damaged pose similar to that of the VS Infinite intro cutscene. This would more than likely have been used at the end of Luminous Forest to sync in with the cutscene when Sonic appears.

Metal Sonic has several unused animations, likely leftover from an earlier version of the boss fight. (An unused boss object for an earlier fight exists, but is non-functional apart from a short quickstep sequence during its intro). Some of these are very similar to certain animations that Classic Metal Sonic does in Generations.

The Golems from Capital City have 2 unused animations for their hands, where they wave around, almost in a violent manner.

Next are some unused gameplay animations. Something to note is that most of these only work on an older version of the skeleton, used by the radio variants of the characters. However, as the Avatar has no radio model, their unused animations are broken.

An unused (and possibly broken) Sonic Forces animation for the Avatar. 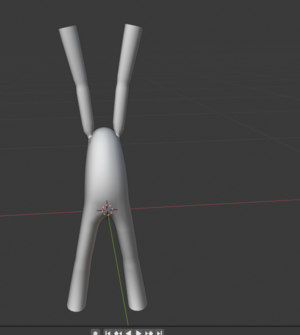 Zavok has some animations that the player can't see normally, when the Queen Beeton flies high up before attacking.

The Motobugs in have an unused "jumping" behavior: upon sighting an enemy, they will jump and attempt to land on top of the player.

The Egg Tanks in have two unused behaviors. The first (shown in this video), is an unused attribute where gravity affects the EggTank's bullets. The other, which isn't shown, is one that fills the players' boost gauge when destroying the fired projectiles in mid-air.

The Valkeens have several unused behaviors in the game (which makes sense, seeing as they are only used in one stage, most of the time being used as background elements). These are all very similar to how they behave in Lost World.

There is an unused object intended for Casino Forest that emulates the same function as the rolling thorn balls from Spring Yard Zone in Sonic 1.

There is an unused variant of the Rotation Blocks from Casino Forest and Chemical Plant which were intended for the Death Egg Stages (likely Classic Sonic's). They function identically to their counterparts.

There are unused settings in Zavok's boss fight. These include the ability to homing attack Zavok when he is charging at the player in phase 2, an unused Beeton type that charges at the player instantly rather than locking on and then charging, another unused beeton type that remains idle, an unused camera setting that does not seem to function anymore, a super ring object setting (normal rings are used instead), and a chain explosion that goes through the beetons if they are close together.

There is an unused parameter for phase 2 of the Final Boss has the option to spawn Valkeens alongside Egg Pawns. Normally, this is unused in-game. The video above shows it restored and in action. It isn't guaranteed that this is how the Valkeens would have behaved, but it is likely they would have behaved in a similar manner.

Phase 1 of the Final Boss has a missile launch attack that goes unused. The attack is set in the bosses' attack pattern, but it is skipped as the values for this attack are set to a negative number. By changing this, you can get it functioning in game.

Found in the Japanese Switch Demo version is an unused actstgmission file with some very interesting differences. It seems to match up with the unused script. There are some alternate location/stage names (some of which are just codenames), which are: "Prison Satellite" instead of "Death Egg", "Space Port - Marine Base" instead of "Chemical Plant - Network Terminal", "Space Port - Space Port" instead of "Chemical Plant - Spaceport", "Urban Area 01" for "Sunset Heights", "Urban Area 02" for "Park Avenue", and likewise with the rest of the City stages. Oddly, (this could be a mistranslation) the original name for "Mystic Jungle - Aqua Road" was to be "Casino - Casino Torrent Down". "Mystic Jungle - Luminous Forest" would be "Casino - Jungle", and "Eggman Empire Fortress" would have been called "Eggman Imperial Fortress". Lastly, none of Classic Sonic's stages have any stage-specific names (Like Ghost Town, for example).