From The Cutting Room Floor
Jump to navigation Jump to search
This page is a translated version of the page Mario Golf (Nintendo 64) and the translation is 27% complete.
Other languages:
English • ‎русский • ‎日本語 • ‎한국어 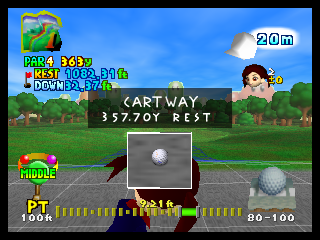 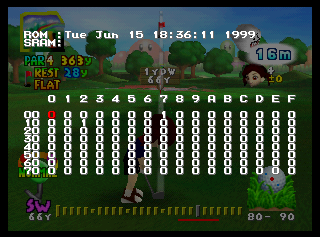 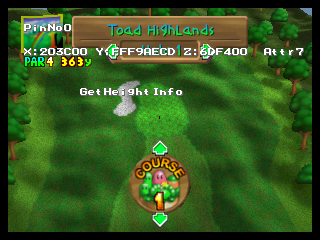 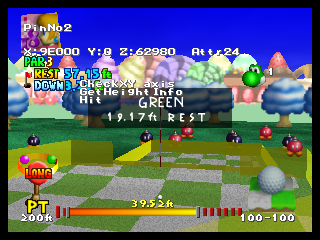 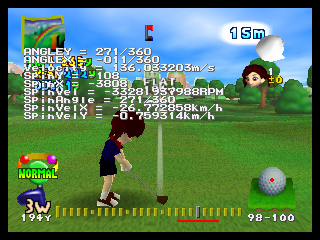 To display this menu in the US version of the game, use the gameshark code:

The international character select screens were modified to include Metal Mario, who is not present in the Japanese version. Also, the characters in the European version were reordered. There was a special Japanese cartridge made for a tournament hosted by Famitsu that was given as a prize to the winner. The cartridge contained a playable version of Metal Mario.